Lagerfeld Cologne Is All About Powerful Nostalgia 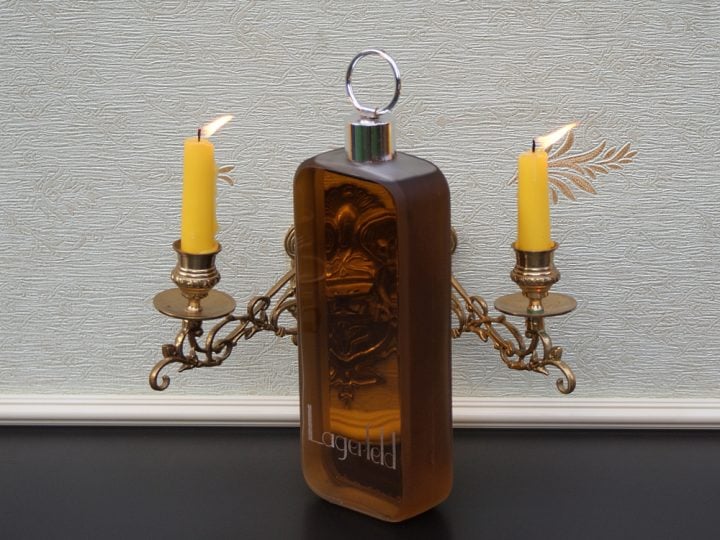 Lagerfeld Cologne is a men’s cologne with notes of sandalwood, vanilla, and sage. The base delights with oak and tonka beans.

Lagerfeld Cologne* comes to us with all the fragrant nostalgia you can handle for those of you that are on the hunt for vintage orient-inspired men’s fragrances. Upon opening the bottle with its elegant silver cap, you will be hit immediately by smooth yet spicy top notes of aldehyde and tarragon.

Lagerfeld comprised this scent of light, sweet jasmine that lingers for an unexpectedly long time. After the worst year in living memory, no one can blame you for a little nostalgia. Suppose you want a scent that conjures up memories of travel to exotic destinations and your old motorcycle jacket. In that case, Lagerfeld Cologne is for the introspective man who needs a quick mental escape.

Karl Lagerfeld Cologne* was a breakthrough by the german fashion designer of the same name. Throughout a sixty-year career that included notable stints as Chanel’s creative director, Karl Lagerfeld worked with some of the world’s finest perfumers to develop iconic scents for both men and women.

As a radical fashion designer who tried to give his brand a feeling of “intellectual sexiness,” Lagerfeld’s scents became distinctive because of their willingness to appeal to nostalgic images of exotic travel and elegant movie stars, European palaces, and beachside villas. Lagerfeld specialized in fragrances for men that were warm, powerful, and masculine.

Lagerfeld Cologne* is a powerful and elegant scent with top notes of bergamot, tarragon, sage, lemon, and aldehydes. The middle notes will usually need 20 to 30 minutes on the skin to become apparent, including patchouli, orris root, jasmine, cedar, tobacco, and sandalwood. The base notes for Lagerfeld cologne include amber, vanilla, oakmoss, tonka bean, and musk.

This is an old-school, masculine fragrance that is powerful and delicate at the same time; it’s also a memorable scent that’s not hard on the pocketbook and will round out your fragrance collection with a sweet, spicy scent the ladies will love. An excellent and affordable scent like this reminds me of Canoe Cologne by Dana.

Lagerfeld Cologne is a scent that’s not ashamed to remind the wearer of the exotic, warm, yet sweet colognes that gained popularity in the 1960s and 1970s. Lagerfeld is a cologne you buy for the guy you know who’s not ashamed to admit that he’s a little retro, with a taste for action movies, garage rock, and aviator sunglasses.

Where Should You Wear It?

The beauty of this scent is that far from being confined by nostalgia, it comes out of the gate a versatile and practical fragrance. Its vintage flair gives it broad appeal. Like Lagerfeld Classic Cologne*, Lagerfeld Cologne is a scent that a guy can wear to the Opera on Friday or a music festival on Saturday.

What Season Is It Best For?

Lagerfeld Cologne is a cologne for all seasons, even though its inherent heaviness makes it a favorite during the colder months. You can wear this cologne while you’re raking leaves in the fall, shoveling snow in the winter, or kicking back on a rainy afternoon after doing some spring cleaning. Lagerfeld is a cologne that will even turn heads on a crowded beach.

Lagerfeld is a classic men’s cologne that Lagerfeld developed in 1978, working in partnership with world-renowned perfumer Ron Winnegrad. The elegant and understated package is strongly reminiscent of that era. It features a thin, stainless-steel lid that he mounted with a provocative ring to combine the modern and radical with the classic and timeless.

Lagerfeld Cologne* is an affordable and versatile scent that a guy can wear for any occasion. I found the constant reminders of cigars and whiskey and leather jackets to be a bit much. There were several occasions when I wore this just around the house and found myself wishing for a scent that was perhaps a bit more subtle or at least a little cooler.

I had the same problem with Lagerfeld’s other scent, Karl Lagerfeld Cologne, a men’s fragrance that left me smelling a little too much like what I imagined a 1970’s talk show must have smelled like.

I wore Lagerfeld cologne* more or less non-stop for two weeks. As I wore it, the reactions I got were mostly positive and surprising. Other men who smelled it, especially older men, always remarked about how the smell took them back to a simpler time, while several women commented that they could see themselves wearing this cologne every once in a while. 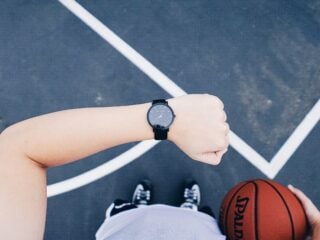 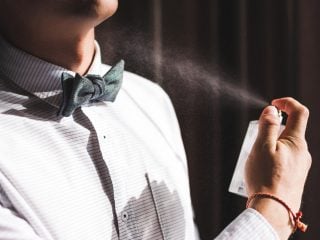