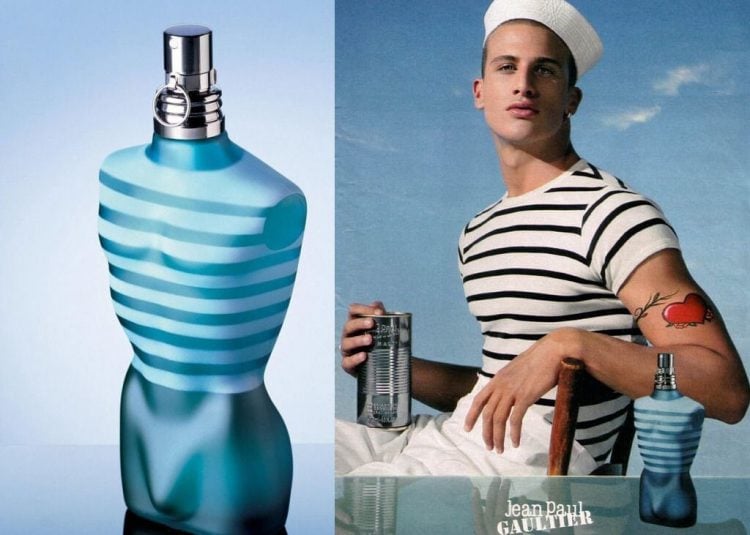 Le Male was launched in 1996 and is a study in contrasts. Sophisticated yet playful, sensual but fresh, modern but comfortably familiar. It’s been reformulated over the years so if you still remember it from the 90s, it’s worth taking a second sniff. It’s also well loved for its iconic presentation: a blue bottle of cologne shaped like a man in a can.

The classic Jean Paul Gaultier Le Male fragrance is one of the most masculine and long lasting on the market. The French fashion designer gave his name to this best-selling fragrance at its launch, shortly before embarking on a successful solo career. The  nose behind the scent is Francis Kurkdjian who has since gone on to form his own fragrance house.

Le Male is a decidedly male fragrance, with each ingredient chosen with a purpose. The overall impression given off by the fragrance is that of a floral, aromatic odor which lasts for a long period of time and provides an intense feeling of masculinity. As with every aspect of the life and career of Jean Paul Gaultier, the iconic fragrance bearing his name combines the sensuality behind his clothing designs with the classic French masculinity known around the world.

When first sprayed, the top notes of Le Male are dominated by the citrus and lavender notes which add a fresh smell to this cologne. The top layer of the fragrance is dominated by the cardamom and Artemisia, but the strength of the wearer is highlighted by the inclusion of mint on the top layer.

Francis Kurkdjian worked to create a fragrance where every ingredient is included for a specific purpose, including mint which is included for freshness and as a symbol of the strength of the wearer. The lavender extract is used as a sign of the traditional nature of this fragrance which harks back to the classic fragrances which inspired the birth of this fragrance. Jean Paul Gaultier’s Le Male has a classic base layer with a heart that adds a little spice to make it exciting and adventurous. The heart of Le Male is based on the inclusion of cinnamon and cumin which combine with orange blossom and give the wearer a distinctive fragrance to enjoy which adds a layer of sensuality and creativity the French designer is known for.

Just like the timeless fragrances this innovative recipe reflects, the base layer of Le Male is a woody aroma headed by the inclusion of sandalwood and cedar which add to the masculine nature of the fragrance. The classic scent of vanilla is also included along with tonka bean and amber to create a musky fragrance showing the masculinity of the recipe.

It’s got extremely good longevity and sillage — this isn’t a cologne to use if you want to fly under the radar and have it disappear in an hour or two. Some even reported that they could smell it the next day!

There are few packaging designs as impressively iconic as that of Jean Paul Gaultier’s fragrance bottles which reflect his trademark sailor shirts. Bringing a stereotypical French design to the bottle of Le Male is combined with a sculpted male design which reflects the dominating nature of the fragrance.

The blue bottle has become a well-known trademark of the Gaultier brand and includes the sculpted male torso wearing a blue and white sailor-style shirt. The silver spray applicator at the top of the bottle adds to the style and finishes the packaging in a timeless way.

Who Should Buy Le Male?

Le Male is designed to be worn by men who are looking to make an impression when they make their way to dinner or drinks with friends during the evening and later at night.

This fragrance has been created for men in their mid-20s to 30 who are looking for a strong fragrance with an added citrus scent which will give them a nighttime edge.

Probably what most people remember about this cologne though is the presentation. It’s not everyday you find a men’s cologne shaped like a body in a tin can. It’s definitely a stylish and sexy look that’s turned into an icon in fragrance circles.