Gabriel Starobinski is a visual artist from Basel, Switzerland who uses his canvases to explore the boundaries of gender, sexuality, and the spectrum between femininity and masculinity in his art. Starobinski’s work is vivid and arresting, neon-bright collages where the deeply personal and the universally socio-political sit side-by-side and speak to everything from joy to pain and all points in between. They’re labyrinths where you could lose yourself for hours, puzzling out the links between the images and words, both borrowed and created.

Starobinski spoke with us about his passions, inspirations and aspirations.

We all start out drawing when we’re young. Do you remember a point where you kind of realized, I’m not just drawing, I’m actually an artist now?

That’s hard, because I don’t really like to call myself an artist. I always feel like it’s a bit pretentious and gives people a certain idea of me that is not always correct. But I guess feeling like an artist comes from other people telling me that I am.

The style that I use now, I’ve used since high school. I started drawing into booklets, into my notebooks, and school books. I used to have my homework and everything in Moleskins, and when my exam week was over, I drew over everything.

Was it daunting when it came to actually showing these to people?

Yeah, as you see in the paintings, there’s a lot to be explained there. I was never sure if people would actually enjoy the paintings without understanding the whole context.

Then I realized that’s exactly why they like them, because everybody sees something, and they’re intrigued by the text I put on them, and the colors, and the pictures and everything. So, it actually works.

Gabriel Starobinski’s acrylic paintings and collages are an overload of impressions. Each work seems to consist of several pictures painted on top of each other. Such images can never be completely deciphered due to their complexity, yet the numerous details together form one main motif. Gabriel Starobinski, an extraordinary young talent from Basel, masters this game with perfection.

And are they deeply personal pieces to you still? Because it sounds like, to begin with, that it was kind of a diary for you.

It was, yeah. Sometimes when I know I’m going to show it, I try to edit down the personal parts. But what I prefer is to not take away the personal part, but to disguise it in a way that only I understand it.

To still have it on the painting that everybody can see, but nobody understands except for the few people who have the knowledge that I give them. It’s in plain sight, but nobody knows that it’s actually very personal.

Is it interesting for you, then, to see how people interpret these things that you mean in a very definite way?

Has there ever been any kind of instance where somebody has had an interpretation of one of your pieces, that is more accurate than you realized?

Oh, all the time. All the time. People see so many things, and they’re like, Oh, this alien face right there, and it was like, Oh, that was not supposed to be an alien face, there’s not even a face there, but sure. I enjoy that a lot in paintings, and in art in general.

I like the paintings where I can see stuff that is not intentionally there. Like, we have a painting in our kitchen that is a poster. There’s big paint … strokes of paint, and I see a horse, I see a woman, I see a full choir of boys singing. And it’s actually just dead fruit. I like to show it to people, like, here’s a woman, and they’re like, Oh, I see the woman now. But I think that’s basically the same thing people do with my paintings.

If I put them away or someone buys it, and I don’t see it all the time, and then I see it again, I have so many elements in there that I don’t recognize, like, what did I mean? Or what does this word mean? Or who is this person? Or what was this about?

Do you ever get a feeling of coming back to them and understanding what you were trying to say but realizing you don’t feel that way anymore?

A lot, especially the very old pieces. But also even a thing that I made like a month ago, I could look at it now and say oh, this situation that was in my head is absolutely solved now, there’s no drama, there’s no problem, there’s no heartbreak, everything’s good. But the painting’s still here, so it’s like … you know, like a picture, it just stays.

Your work is very vibrant. There’s definitely social commentary in there, but it seems created from a place of positivity and exuberance. I don’t get any sense of negativity from the pieces I’ve seen.

When I started painting on canvas it was all black and white and now most of them are very, very colorful. A few times recently I’ve had to force myself to do black and white for this and that reason, which is really hard to do now.

Even if it’s very vibrant and colorful, a lot of times there’s still negativity or sadness in the paintings, but it’s just drawn in a very colorful, fun way. I often draw inspiration from songs, and I like a lot of songs that are melancholic like, about crying on the dance floor, or, songs that are upbeat and fun, but then, if you listen to the lyrics, it’s actually a sad song.

I’m more interested in overcoming the sadness, going out dancing, getting drunk, putting on a wig, having fun, and having that contrast of dancing but still being sad inside. That’s a thing that music can do really well, because it can be upbeat, and at the same time have sad lyrics. Because I have text on my paintings, I can do something similar on the canvas.

Do you draw that text from other sources, or do you write it yourself?

It is a combination of lyrics from other people and poems or songs I wrote. I try to use more of my own text, but when somebody else has already said it in a good way, I just use that.

Where do you find most of your inspiration?

I think it comes the least from people who do the same or similar things as me. So, it can be visual, but then it’s more photography, mostly. Music is the biggest inspiration, and I think it’s because I like to draw the most extreme feelings and emotions, like this crying on the dance floor thing. What makes me feel the most is music. And real experiences, like, going out dancing with a friend or having chemistry with somebody.

That is the thing that’s really hard for me, when I’m inspired by music, or a song that I heard at a club or something, to try to take this very intense emotion and then put it on a canvas. Music can make you feel something very easily, through the beat, and the lyrics, and the voice and everything. There are so many elements to it, but a painting is just visual. It’s really hard to have this intense feeling from a song on canvas.

What’s your setup like when you’re working? Are you somebody who needs to have a very particular head space to create?

I always work in my room, which is also where I study and sleep and do everything, so it can be a mess. I think it’s easiest for me to work if I have an exhibition coming up, because then I really need to sit down and work, even if I’m blocked and I can’t continue. I have to just stay focused, or, you know, instead of just burying it in the corner, I have to continue, and then work around the problem, and find a solution, and all that.

I study law and I work in AIDS prevention and I also organize parties. If I don’t have an exhibition coming up, it’s not my highest priority to make paintings. I use very, very big canvases, like 140cm square, so it’s sometimes scary to start a new one, because then I know, oh, if I start this, this is going to take ages to finish.

Do you have any particular kind of music that you like to listen to when you work?

I sometimes make playlists, if I work on a piece for several weeks or a month. It is interesting if it changes direction, but also if I want to work on one specific feeling, or thing, or memory, or a concept, to stay in that mindset.

Youâ€™re involved in the Trans Cosmetic Donation Program. What have you been doing with that? 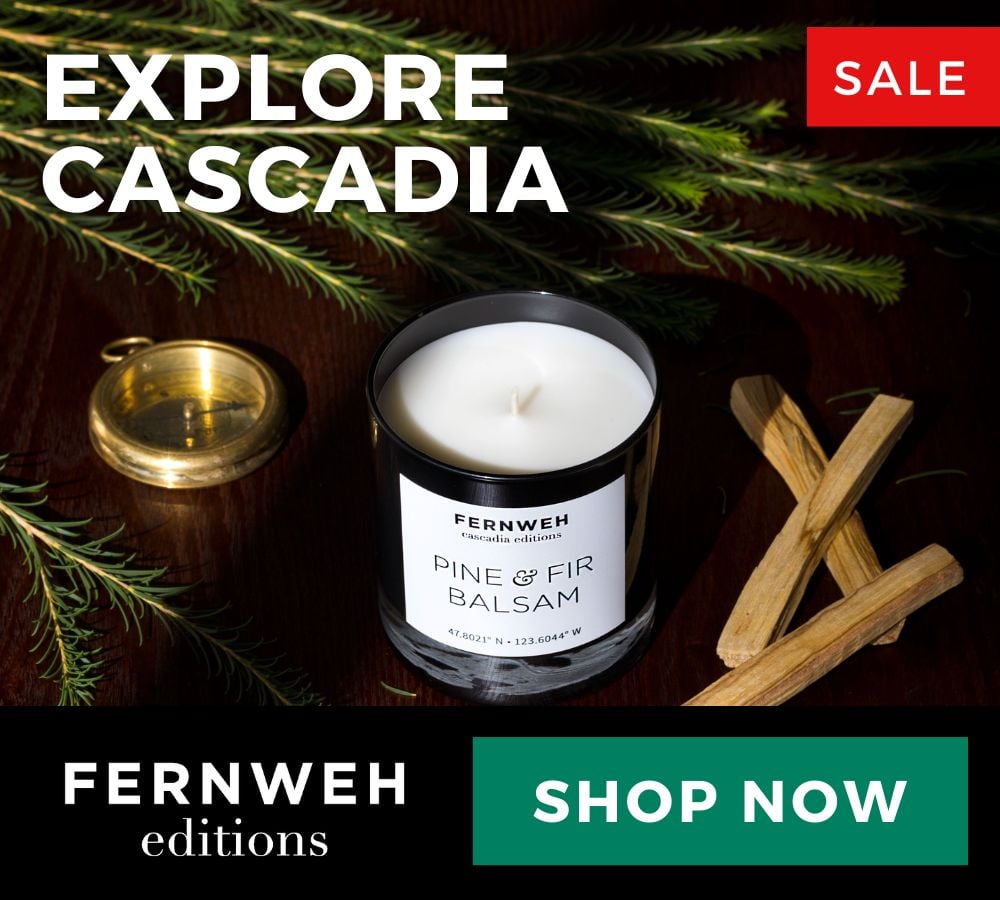 They wanted to have some branding and a t-shirt so Evan [Weiss, Dapper Confidential’s founder] asked me if I could help. I thought it was a very cool cause. I came up with the slogan Beauty x Realness and the design is a little face with long lashes. Most faces on my paintings are pretty, they could be women or men, and it doesn’t really matter, so that fit.

You said you’re also working in AIDS prevention, so it seems you care deeply about these socio-political causes.

Yeah, my first job when I turned 18 was the AIDS prevention, and it’s not become less important. This is really something I’m passionate about, and even though it’s 2018, we still have to educate people a lot, and especially young people. There are so many new things now, like PREP, that people don’t really understand. There are good new developments, but even though there are new methods to prevent STDs, they only work if people know how to use them. We always need to educate people.

I get a sense from your work that there is a mixture of the personal and larger social issues. Is that something that you try and draw a connection between, you know, your own experiences and experiences of the community in general?

It’s really hard, and that’s a thing I’ve been struggling with, trying to not have it just personal but also add these elements. It’s difficult because drawing my personal experiences is really natural, and I know exactly what I want to say.

But as soon as it’s not about me, but about something that other people feel and see, it’s difficult to portray it in a way that is not just my personal view. In the end, even if I draw something that is a critique on something, it’s always my view. So, I guess it’s personal even if it’s something that I haven’t experienced.

You were saying earlier that you tend to work best when you’re working up towards an exhibition. Is it hard, when the deadline hits, to let something go?

Sometimes I’m really uncertain about a painting. It helps if I just put it on my wall and don’t work on it for two days, and then I’m can say, Oh, this is finished. For me, it only looks like art, or something finished, when it’s hanging on a wall. Generally it is difficult to say when something is finished, so it’s cool to have a deadline, and then it’s like, okay, this has to be done now, so apparently it’s done.