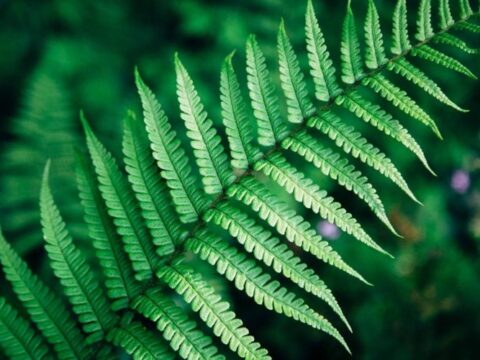 “Fougere” or “aromatic fougere” describes one of the main families of fragrances. Fougere qualities are used particularly in fragrances made for men, so you’ll come across these terms fairly often when researching cologne. But, what do they actually mean?

What is a fougére fragrance?

Fougere fragrances are made by combining lavender, oakmoss, and coumarin, a synthetic form of Tonka bean. Generally, you’ll find lavender in the top notes, which gives the opening of the fragrance its sweetness.

As some of that sweetness evaporates, the oakmoss and coumarin come into play. Oakmoss gives the scent a sweet, woody quality, and the coumarin smells like newly mowed hay.

On a fragrance chart, a fougere fragrance would generally fall somewhere on the border between woody and fresh.

What’s the history of fougéres?

The term “fougere” means “fern-like” in French, and it originated with the first fougere fragrance, Fougere Royale, created by perfumer Paul Parquet in 1882.

Parquet never claimed that the fougere scent captured the actual smell of a fern. Rather, he would say that fougere captured what he wished ferns smelled like.

If you think that’s confusing, the definition of fougere hasn’t gotten much clearer over the last 100 years.

In fact, the term has evolved and changed, and some fragrances that were considered fougere at the time of their releases would no longer qualify as such.

What notes do fougére colognes use?

Some of the most popular enhancements include citrus, herbaceous, green, floral, and animalic notes.

Vetiver, geranium, and bergamot are among the most popular notes you’ll find in modern fougere fragrances. Sage, rosemary, and other herbs are used in the top notes to add to the green and floral quality that the lavender delivers.

For some depth, some “greener” wood scents are often added to the base as well, including sandalwood or guaiac wood.

Fougere fragrances can be used for any occasion. Below, we’ve included a review of some of our favorites.

This classic scent was created in 1968 and, at this price point, you really can’t go wrong. Brut is fresh, minty, and mossy.

It’s versatile enough for any season and anytime, day or night. It might not be the most complex or sophisticated fougere but it’s a solid classic.

This is the pinnacle of classic, barbershop masculinity. It’s got those aromatic and woody notes you’d expect in a fougere, along with some fresh spiciness.

This is a great scent for winter and fall.

Citrus and lavender give this fragrance freshness at the start, and the tobacco and tonka bean gives it an aromatic base. Reviewers rave about this fragrance.

Citrus and lavender give this fragrance freshness at the start, and the tobacco and tonka bean gives it an aromatic base. Reviewers rave about this fragrance.

Aromatic Fougere are a common and versatile type of men’s cologne. With a scent that’s both woody and fresh, these can be worn to a wide variety of occasions and are very practical to have in your cologne arsenal. 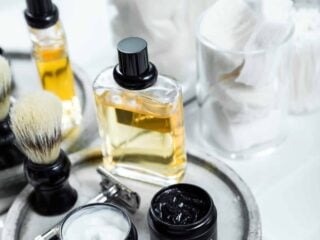 Cologne Review: Karl Lagerfeld for Him
Read Next Post →
Comments are closed.