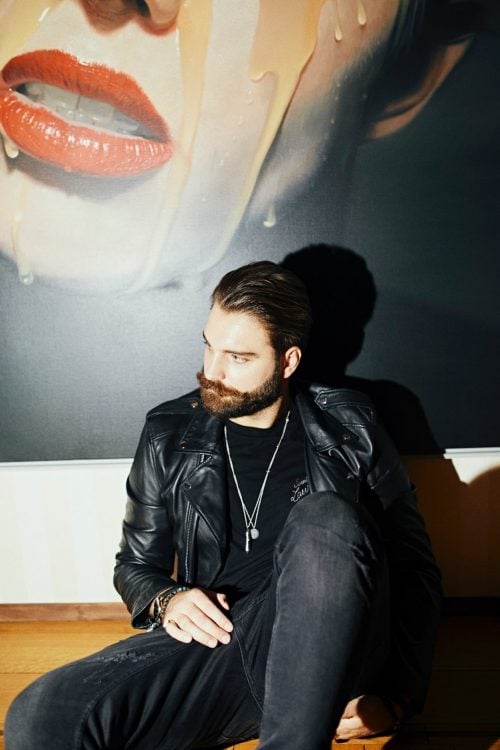 Musical lineups change and evolve. We’ve seen it countless times with rock and pop acts, and EDM is no exception. Called “Norway’s Finest” by Pete Tong, CLMD formed as a duo back in 2010 by Carl Louis and Martin Danielle.

Success came early on, with the duo getting signed to Steve Angello’s SIZE Records and a string of high-profile remixes. An EP, titled “Little EP,” followed in 2011, and just a few years after, tracks “The Stockholm Syndrome” and “Black Eyes & Blue” turned into massive hits in their home country. The former went 6X platinum, while Ultra Music Festival opted to use the latter for its 2012 After Movie.

Yet, Louis departed in 2014, deciding to focus more on his solo efforts. From that point, Danielle – who moved to Los Angeles that year – continued CLMD as a solo act, turning it into an “electronic musical fusion fest” blending art, music, and pop culture. “Wild Men” marked the group’s last effort as a duo.

Danielle officially returned in 2016, releasing a successful string of singles and continuing to manage CLMD’s label UPNORTH Recordings. Adding to his profile, he opted to mentor on The Voice back in 2017 – and remains the only non-vocalist mentor to date.

As CLMD gets ready for a new chapter with track “Trouble,” we had a chance to speak with Danielle about his project:

Tell us about your new single “Trouble” – what was your process for producing this track?

“Trouble” was the result of an extremely well-functioning studio session. We were playing around in the studio, not really looking to make anything in particular – and it just sort of wrote itself.

It’s a sad song in a feelgood suit, about all the bad decisions we make when heartbroken. I think many people can relate to the paradoxal result.

You’ve been on your own for the past few years. What’s the difference between performing and producing as a solo artist than as a duo?

I’d have to say for the producing, it’s a very demanding situation to suddenly be on your own. There so many times you doubt yourself, and no one’s there to help you out of it. Also I struggled in the beginning with making all of the producing decisions myself and believing in them.

After a while though, you learn how to deal with all of these new feelings and you’re stronger as a producer and person for it. When it comes to performing it was challenging as my fans had grown accustomed to a quite creative and complicated mixing, which is a lot easier to do with four hands.

I had to push myself to be able to deliver the level I felt my audience deserved, but if it was easy it would be boring, right?

Throughout CLMD’s evolution, how has your sound changed?

I think my taste in music changes more than my actual sound. I’ve been spending a lot of time in the studio recently, and have sort of returned to a French house sound that CLMD also explored in the beginning. But I’d say my sound has matured, and I’m able to showcase more of my personality in the music I release.

As a producer, who are your influences?

For sure the ones who were prominent when I started out, like Swedish House Mafia, Eric Prydtz and Martin Solveig, and of course Röyksopp for that cool Nordic electronic sound.

When it comes to equipment, what’s currently in your studio?

Too many buttons. I love my Arp Odessey and Moog Sub 37. I recently also got into Warm Audios equiptment and their WA12 Preamp and WA87 just gives vocals that next level feel that I’m too excited about.

You’ve done a few collaborations already. Who would you like to work with in the future?

As a producer/DJ/Musician I’m all about collabs and thrive on working with other great people like Astrid S and Ingrid from Highasakite, and of course the producing duo Skinny Days. On the top of my wishlist is probably Robyn and Tove Lo. Nothing beats a good Nordic sound!

As a different type of career path, you appeared as a mentor on ‘The Voice’. What was this experience like?

I’m actually returning in the chair as a mentor this spring, and I’m super excited to be back. I love mentoring, it gives my life more depth and meaning, and I always end up with the best contestants. It’s a great feeling to give back and sharing experiences with young hopefuls in the industry.

What projects do you currently have in the works?

I have several projects already in the loop for release, so I’m very excited about 2019 as it will be a year with a lot of new music for me. Hopefully, there’s an album on the horizon as well. I’m also exploring a few new paths, both musically and personally, which will be exciting to share when the time comes.

Where can we expect to see you perform next?Where do you want to see me? I’m currently putting together a nice little tour for spring/summer 2019, so I’d love to go some new places I haven’t toured yet. My mother is Canadian so it would be awesome to return to Canada, so any Canadian clubs, hit me up!

Bad Norwegian Beard OilWhy I love it: Having a beard and mustache is so much easier with this oil – It keeps it shiny, kills any bacteria and helps it stay hydrated. Enter your text here…

Kevin Murphy Rough Rider Styling ClayWhy I love it: I can use this clay on both my hair, beard and mustache. It doesn’t clump and gives the impression of a product-free look that’s casually groomed.

Tom Ford NoirWhy I love it: So it says on the box that this fragrance is “pour femme”, which I didn’t even realize until I had to buy it for myself, as I got the first one as a gift. But hey, I love the smell and nobody knows that it’s really for women, until now..

Exuviance Purifying Cleansing GelWhy I love it: I have oily skin, and the TV make-up makes my skin break out so easily. I discovered this product during the last The Voice season, and it has kept my face in check since. I don’t travel anywhere without this. Nothing beats a clean face.

Bad Norwegian Revitalize FaceWhy I love it: This anti-age moisturizer will hopefully make me look like I’m 25 for years, so that I can perform until I’m 50 like Bob Sinclair (Tell me your secret, Bob). It’s lightweight and absorbs quickly, organic, vegan and completely free from parabens, alcohol, perfume and silicone.