Touring is a tough business, especially if you value personal hygiene. For most bands and musicians, long stints on the road make showers a luxury and shaving a distant memory.

That might be why so many wandering minstrels through history have had such impressive beards. We previously ran through the actors who, in our humble opinion, boasted the finest beards and moustaches, so it’s only fitting that we turn our attention to those fine fellows whose facial hair is as impressive as their musicality.

Rubin is a true Svengali, a peerless producer who has lent his genius to records by Tom Petty, Johnny Cash, Beastie Boys, Run DMC, Aerosmith, Weezer, Public Enemy and Metallica as well as founding Def Jam and American Recordings.

Maybe it’s all the time he’s spent behind the mixing desk that allowed him to grow such a prodigious beard. It certainly gives the impression of someone who hasn’t emerged from the studio for several decades.

There’s a direct link between the quality of Springsteen’s facial hair and his records. Beautiful bushy beard = Born To Run and The Wild, The Innocent & The E-Street Shuffle. Weird soul patch = Lucky Town.

Gambino (aka Donald Glover) is the only man to make both this list and our list of actors with damn fine beards. His facial hair seems to go through cycles from perfectly groomed stubble to the bigger and bolder look he boasted in the stunning video for ‘This Is America’. We’re big fans of the latter, although the man makes pretty much anything look good.

When we first encountered the frontman of prolific indie darlings Eels, his facial hair was minimal as he floated through an alleyway in the video for ‘Novocaine For The Soul’. That sprouted into Unabomber territory around Souljacker, but he’s since refined it into a very stylish look indeed, sporting either a very fine beard or a fetching moustache.

The Band always seemed like five men out of time, as if they’d one day wandered out of a ramshackle mansion in rural 19th century Oregon and accidentally ended up in a recording studio in upstate New York in the 60s. This is no more evident than in Garth Hudson’s wild beard, but if forced to pick a favourite, it would be Rick Danko’s moustache – a little bit dapper and a little bit dangerous.

The velvet-voiced folkie has a song called ‘Lion’s Mane’ on his debut album The Creek Drank The Cradle. It’s not about his hair and beard but it might as well be. While most of his peers opt for a “wild man stumbling out of a log cabin” aesthetic, Beam’s facial hair is impeccably groomed with a sheen a show pony would covet.

Misty (or, the artist previously known as J Tillman) favours a look that is half street corner preacher and half “drunk guy reciting Bukowski at a seedy after-hours cocktail bar”. Anyone who saw A Star Is Born will notice a similarity between Bradley Cooper’s fashionably distressed tresses and beard, although Misty can also pull off a moustache with equal aplomb.

The indie scene of the late 80s and early 90s wasn’t really a hotbed of style, which meant that those who put in a bit of effort really stood out. Take a bow Greg Norton, who may have been less lauded than his bandmates in Husker Dü but was by far the most dapper. That moustache is a thing of wonder.

Cave occasionally flirts with facial hair, his late 00s moustache helping to make him look even more like a dangerous cad. The Aussie songsmith once said that “a man without a moustache is like a woman with one”. His long-standing right-hand-man Warren Ellis has a beard that only Rick Rubin wouldn’t view with envy. It’s a beautiful, wild creation that looks like it might bite you if you got too close.

The My Morning Jacket frontman has an oddly enigmatic stage presence, coming off like the leader of a benign cult with a penchant for sunglasses and snazzy jackets. His eerie falsetto, wild mane and bushy beard all just bolster the aura of someone who claims to be from Kentucky but might be from another world entirely. 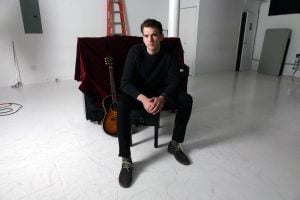 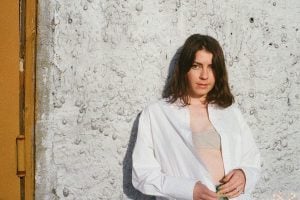