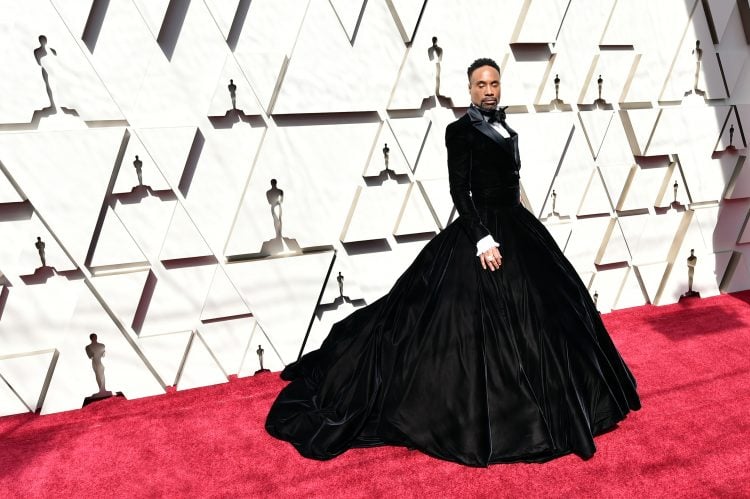 In case you recently found yourself vacationing on Mars or comfortably ensconced under a rock, the Oscars happened on Sunday night in LA. The 91st hosting of film’s biggest annual night out endured a bumpy road en route to the Dolby Theater, but the stars dutifully arrived dolled up as ever, some very impressively so.

And while Rami Malek and Mahershala Ali took the big acting awards, there were many more winners on the red carpet. The trend for velvet tuxedos was present in force (although some took it to new levels), while others found new ways to prevent traditional and boring from becoming interchangeable.

Here’s our pick of the best turned out guys from the big night.

Nominated for his turn in A Star Is Born, Sam Elliott looks good just by being Sam Elliott. Put him in a tux and the charisma goes into overdrive. It’s proof that you don’t to reinvent the wheel to stand out.

All you need is to be as cool as Sam Elliott and have the best moustache in the movie business. Easy, right?

Malek is another who doesn’t mess with tradition. His Saint Laurent by Anthony Vaccarello three-piece is a masterpiece of tailoring, fitting his lean frame more perfectly than any suit has ever fit anyone before.

Note: if you’re hoping to win an award, it helps to turn up already looking like a winner.

Jordan set social media alight just by taking his top off in Black Panther. One woman claimed her uterus combusts every time she thinks about him, so spare a thought for the busy night her local fire department endured.

Jordan looks ridiculously suave in his navy velvet Tom Ford number, and then went the extra mile by bringing his mama as his date, making all other men on the planet look hopelessly inadequate.

Grant was everyone’s favorite nominee in the run-up to the big night, live streaming every step of the journey with infectiously unbridled glee.

He’s a dapper man as a point of principle, so it was no surprise to see him arrive looking elegantly suave in a burgundy jacket that suggests something Vincent Price might have worn to host a cocktail party.

​Crazy Rich Asians was just one of the many films snubbed this year, but the cast all turned up in flawless finery. Golding’s Ralph Lauren number stole the show by offering a subtle spin on the monochrome look with an elegant white bowtie.

​If you’re going to mix it up a little and add a dash of daring to your formal wear, take a leaf out of Stephan James’s book. The If Beale Street Could Talk star opted for a red velvet three-piece with white Cuban heels that wouldn’t work on just anyone. James pulls it off with ease, which is probably why he’s a star.

There’s velvet and there’s Billy Porter’s number. Any other ceremony and Gemma Chan’s billowing pink gown would have been the star, but Porter has hogged all the headlines for his velvet tuxedo dress.

The more we look at the Pose star’s Christian Siriano ensemble, the more it moves from outlandish to inspired. He’s since spoken of how the outfit is a conversation with the world about authenticity and “honoring people’s humanity, even when you don’t get it or understand it.” To accomplish that with an outfit is a remarkable achievement.